a group exhibition brought to you by guest curator Aay Preston-Myint for Chances Dances
September 9 - December 2, 2014 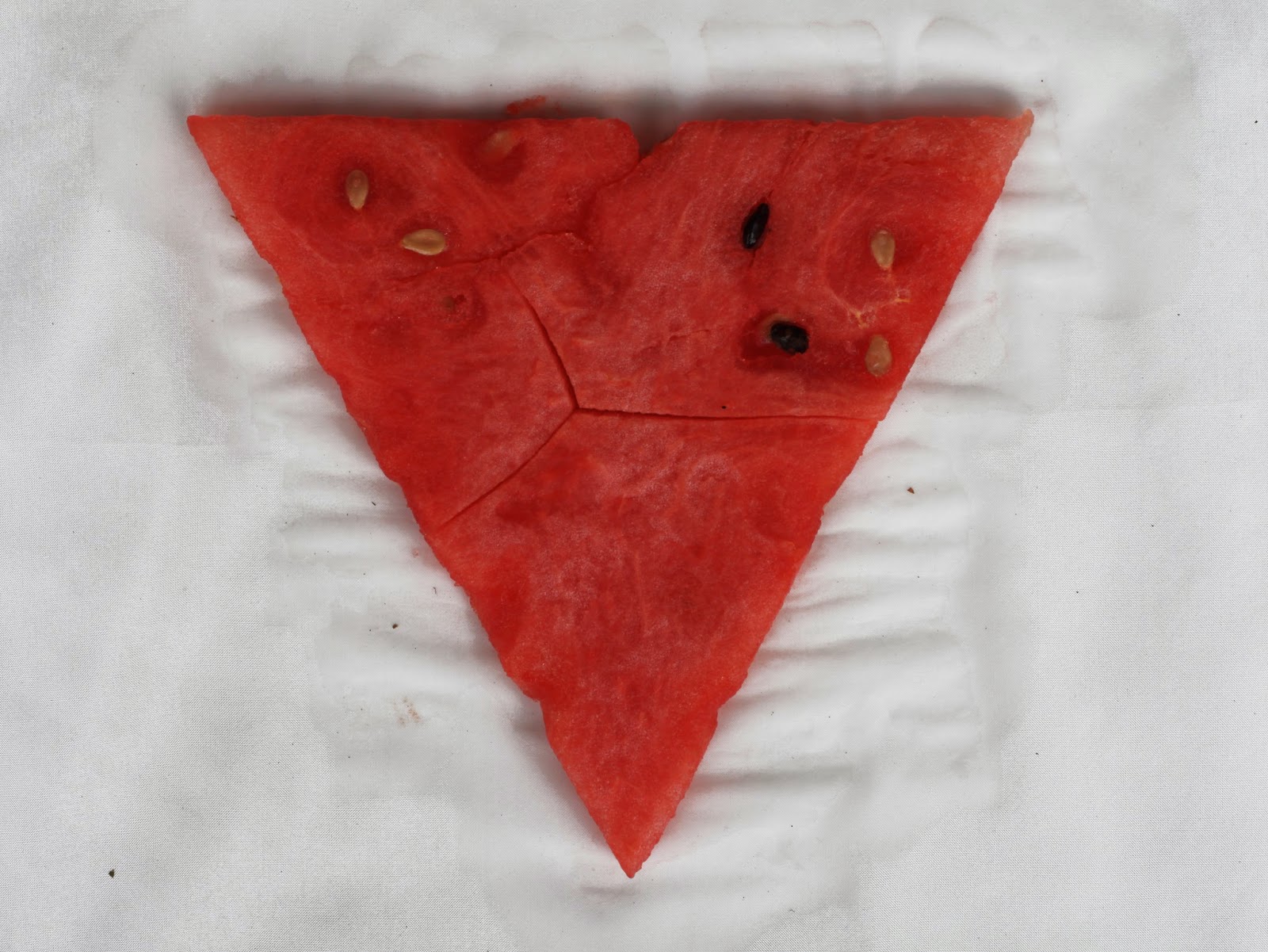 Lula Cafe is pleased to present its 2014 Fall show Boundaries, Collapse, assembled by guest curator and artist Aay Preston-Myint of Chances Dances. Boundaries, Collapse is a mixed media group show seeking to illuminate both parallels and ruptures between contemporary queer artistic concerns, early queer liberation movements, and popular (mis)conceptions of queer thinking. The show features works from the Chances community, and winners and finalists of the Critical Fierceness Grant, an artist microgrant funded by Chances Dances.

As acceptable, sanitized aspects of queerness continue to be assimilated and appropriated by the wider visual culture, some of us who still feel the dangers and complexities of living in queer bodies become distanced from a recognizable, coherent queer aesthetic. In Boundaries, Collapse, the work of Katie Vota, Betsy Odom, and Latham Zearfoss tackle this distancing through a formal engagement with the legacy of pageantry, camp and pride inherited from earlier queer movements. Other works interpret this affect through a displacement of desire onto inanimate objects - in the case of Matt Morris, the obsessive rubbing, sanding, and even gnawing of surfaces; in the case of Rebecca Mir Grady, the impossibility of a romance with the ocean; in the case of the late Mark Aguhar, a trans-species affinity unfolds in barely-there lines. Artists like Aay Preston-Myint, Michael Sirianni, Daniel Luedtke express queerness in their contributions as a sort of out-of-body state, by reducing physical experience to its requisite parts - looking, longing, touching. Still others look to complicate a one-dimensional queer experience by reaching across invisible lines to other aspects of identity - as in the work of Rami George, Kiam Marcelo Junio, Adam Liam Rose. 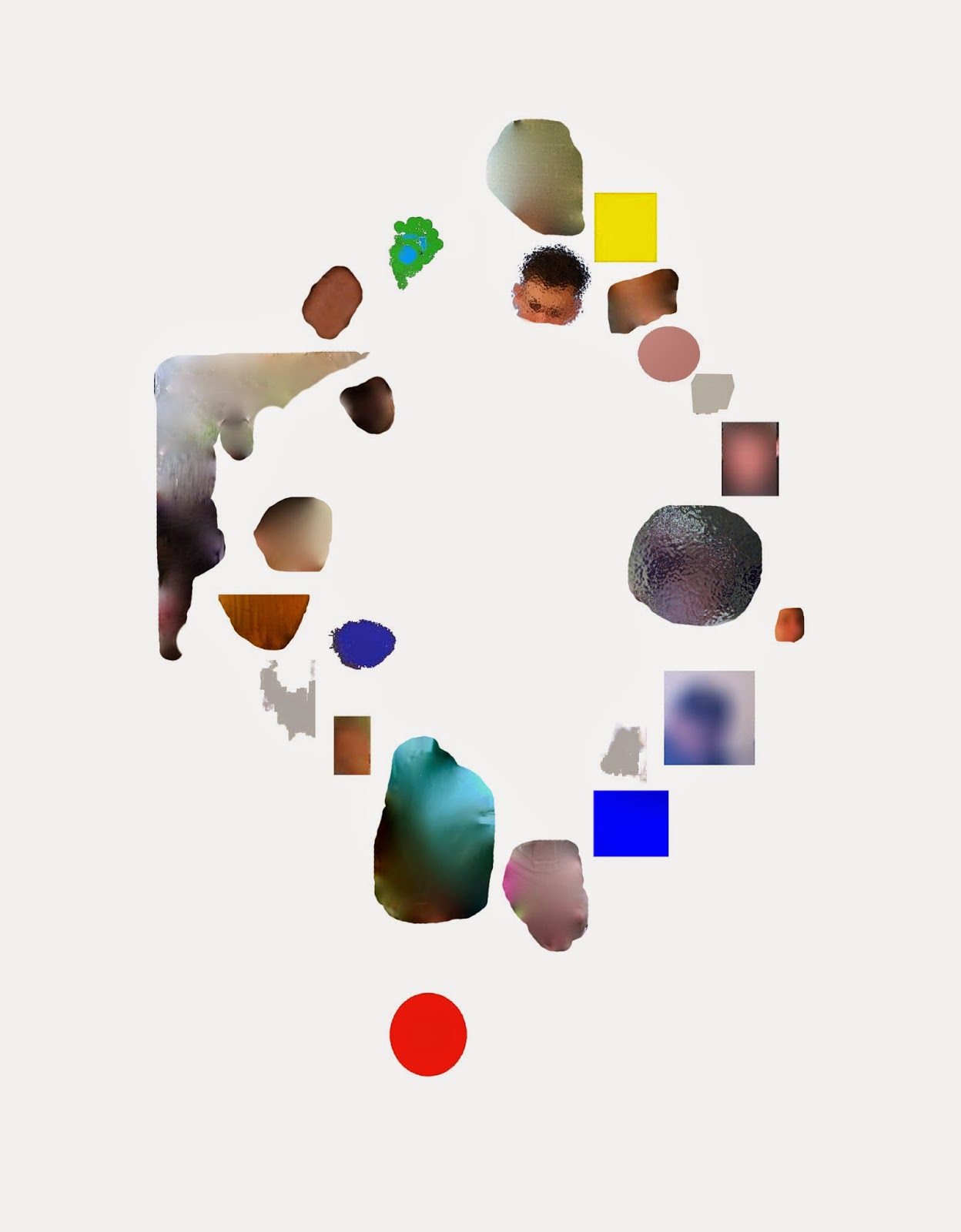 Chances Dances is one of Chicago's longest running queer dance parties and a safe space for all gender expressions. The show features works from the Chances community, and winners and finalists of the Critical Fierceness Grant, an artist microgrant funded by the dance party.

Boundaries, Collapse will run in conjunction with Chances Dances' first ever crowd-sourced fundraiser, intended to fortify the Critical Fierceness Grant which offers biannual microgrants for queer art in the Chicago area. This includes the Mark Aguhar Memorial Grant, a $1000 grant for feminine-spectrum artists of color. Chances organizers will be tending bar at Lula for the opening and closing events on September 9th and December 2nd. Stay tuned for details on the closing event! 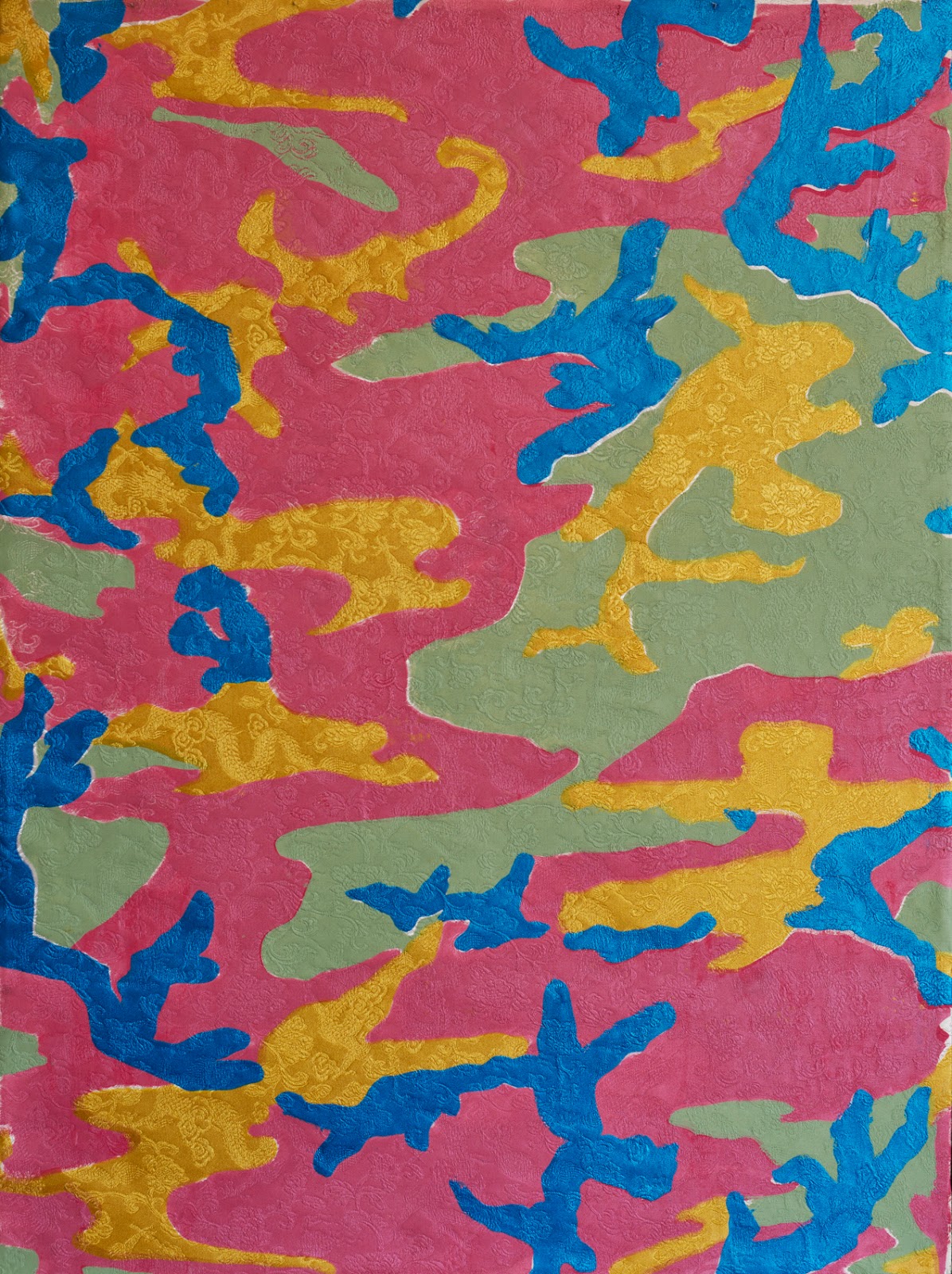 Kiam Marcelo Junio
Camouflage as a Metaphor for Passing: Mimesis I
Screenprint on silk / 18" X 24" 2012 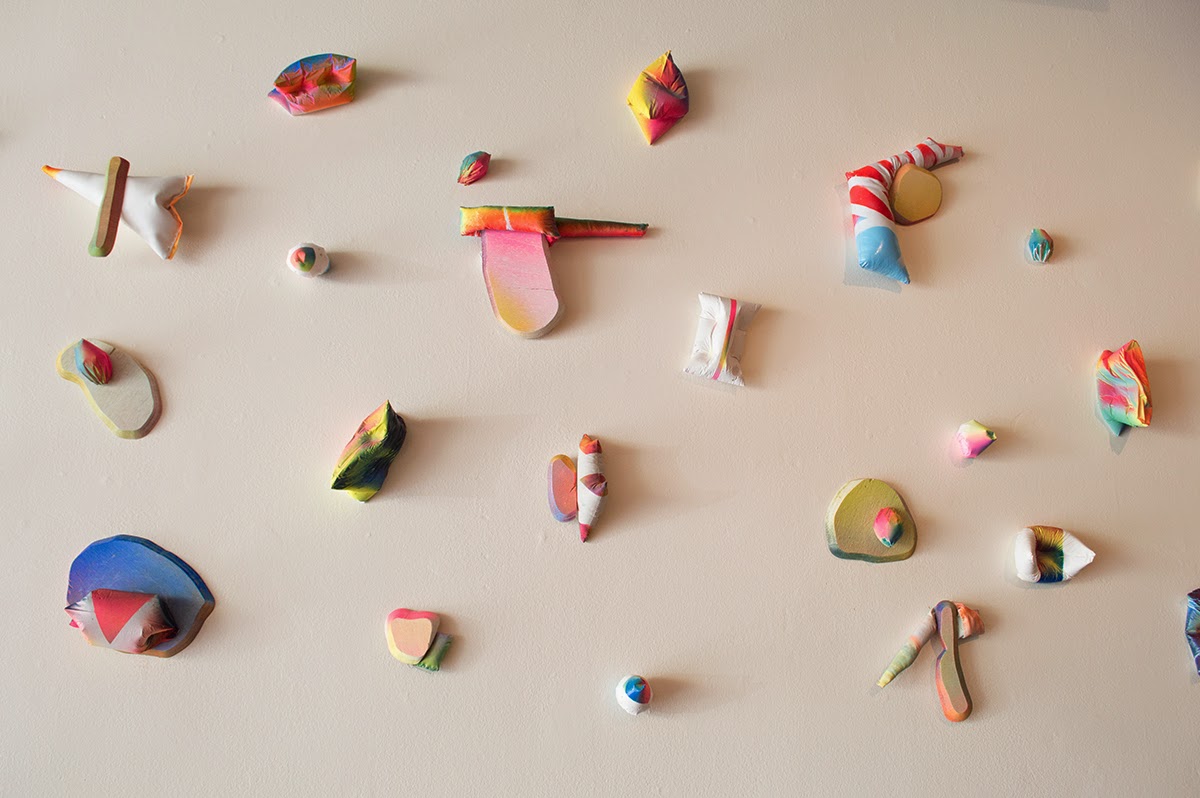 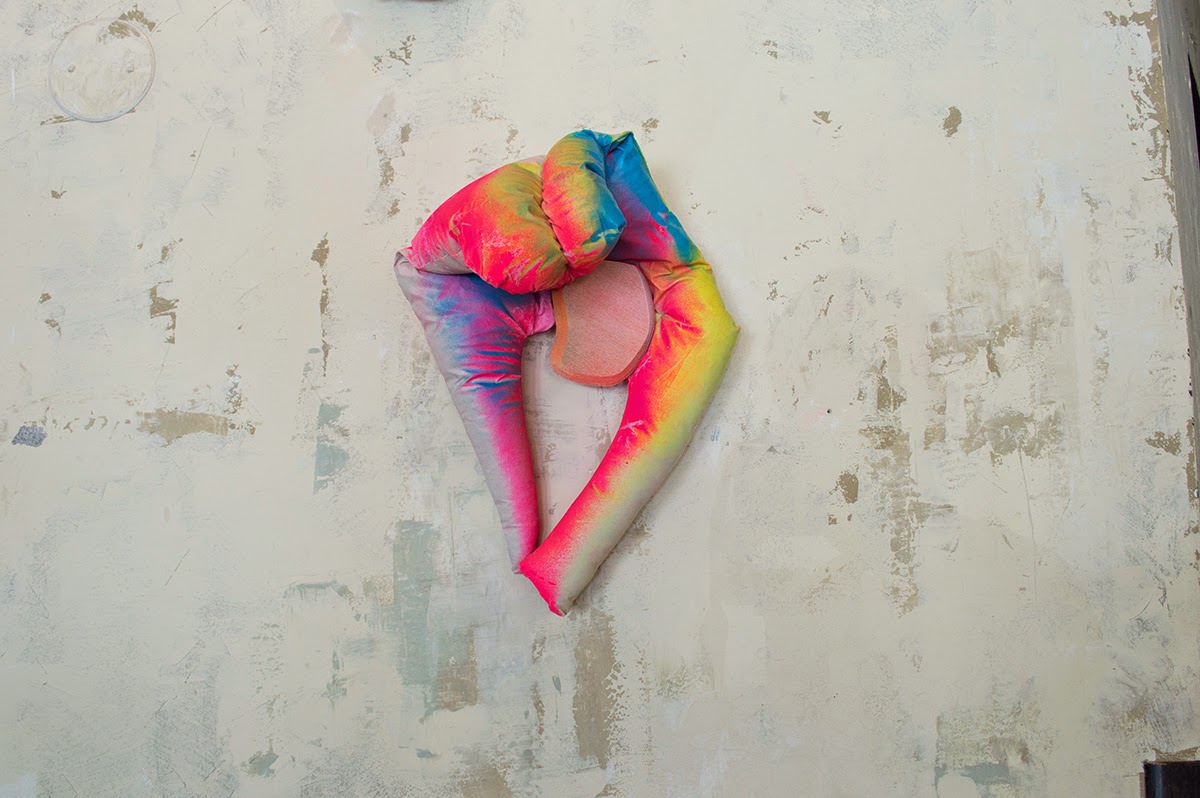 In Things Thrown Upwards Ashley presents a cross section of her work as sculptor, painter and visual slapstick artist. The show features painted panels, stuffed forms and fabric wall hangings, all marked with Ashley's exuberant neon spray painted mark making. Ashley's work is a playful exploration of the intersection of painting and sculpture, many of her hand made inflatable sculptures begin as two dimensional silhouettes, sewn together and then inflated or stuffed cartoonishly into buoyant, quivering, misshapen forms. Paint sprayed on the objects' surfaces in their various states retains a record of its peculiar dimensionality in the way it skips over wrinkles and drips along fault lines. In shape, color and gesture the work toys with the overlap of, on the one hand, goofy, cartoonish exuberance rendered in industrial materials, and on the other a sublime, unexpectedly beautiful play of color and shape that draws you up short and exemplifies the most profound possibilities of contemporary painting. 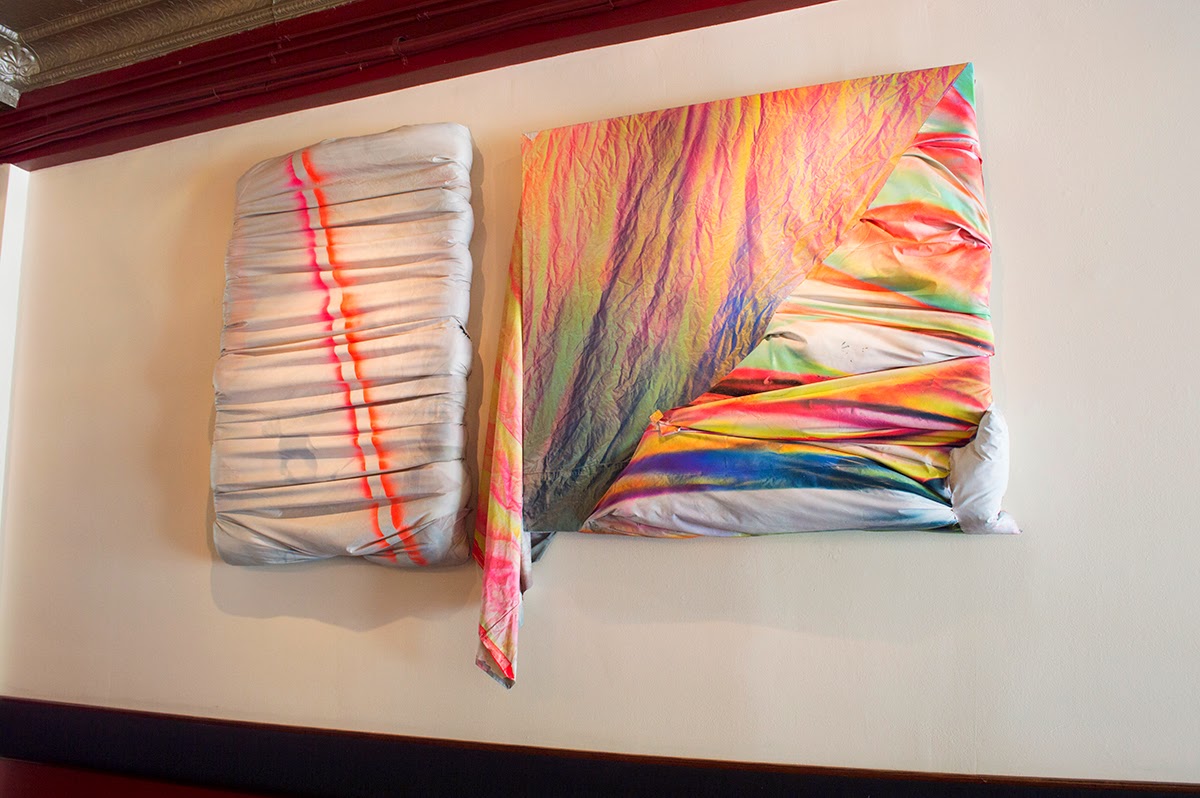 Artist Bio:
Claire Ashley grew up in Edinburgh, Scotland. She received a BFA from Gray's School of Art in Aberdeen and her MFA from the School of the Art Institute of Chicago, where she currently teaches. She has exhibited her work widely in North America and in the UK. She lives in Oak Park, IL.

Posted by Unknown at 8:31 PM No comments: 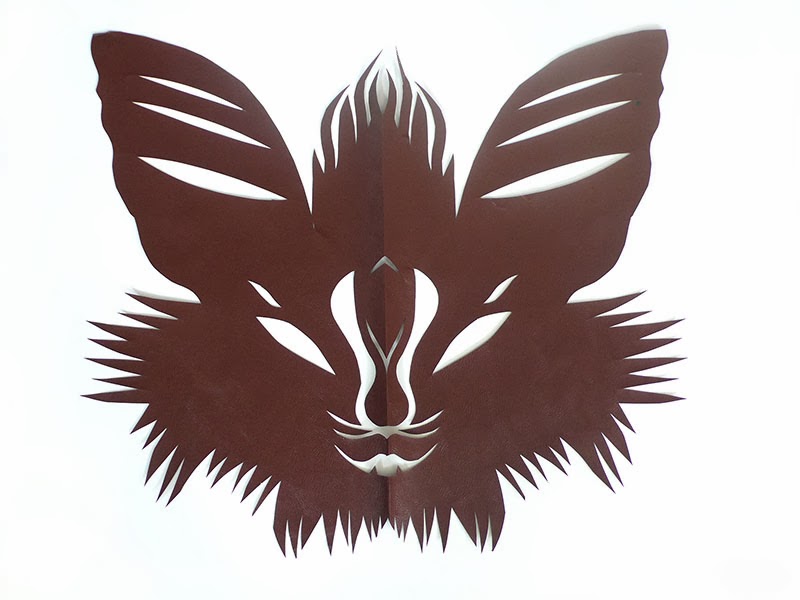 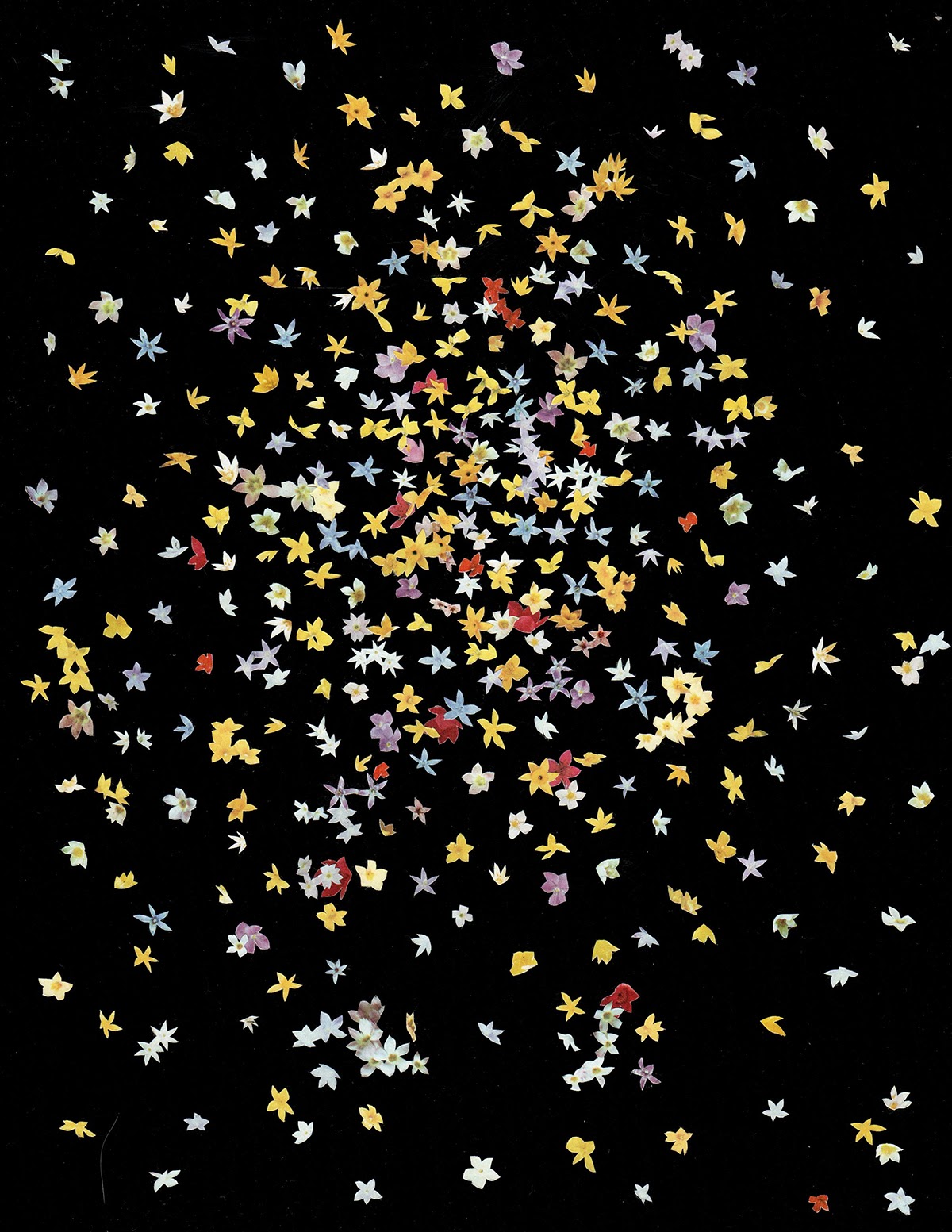 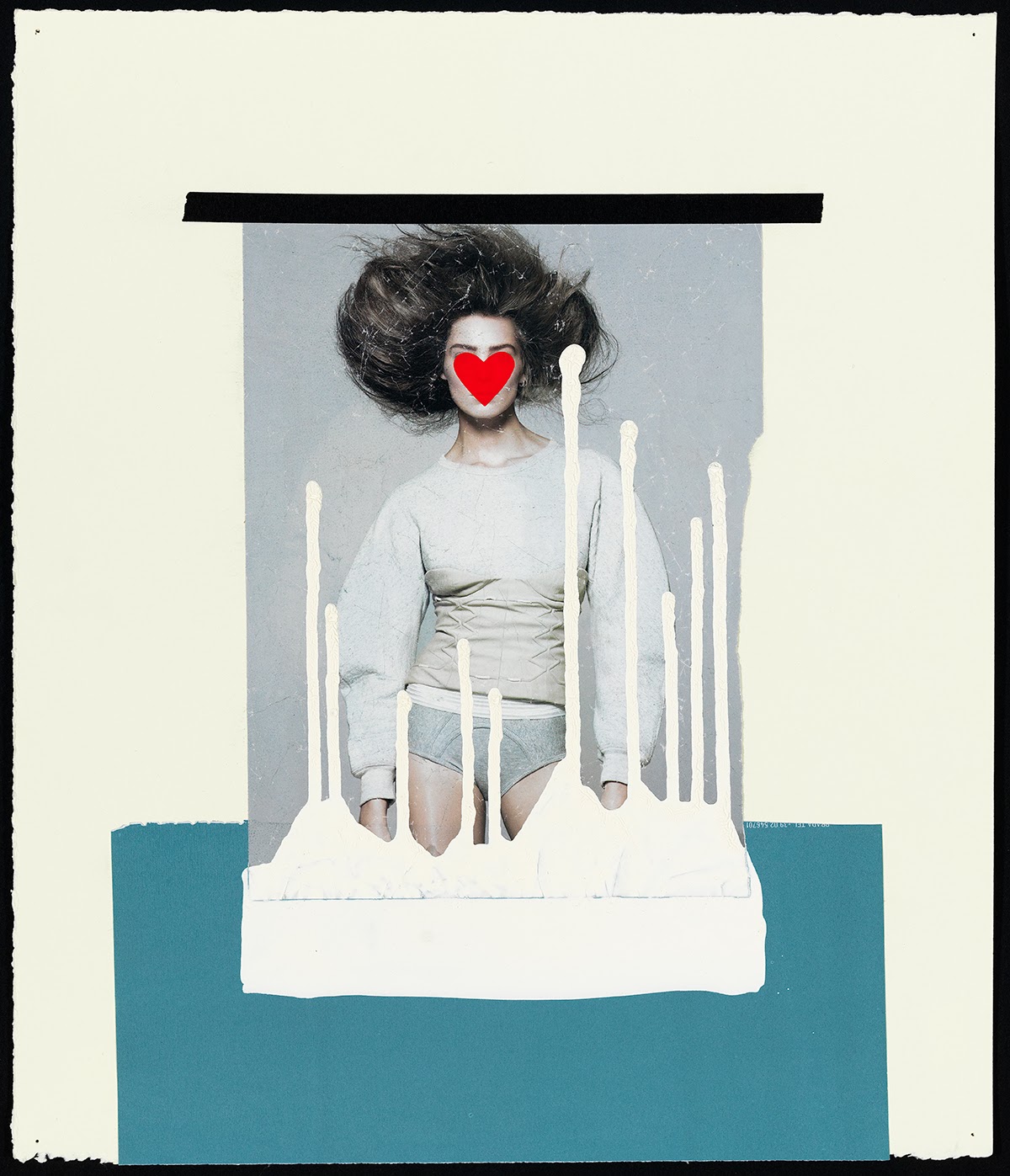 Posted by Unknown at 1:27 PM No comments: