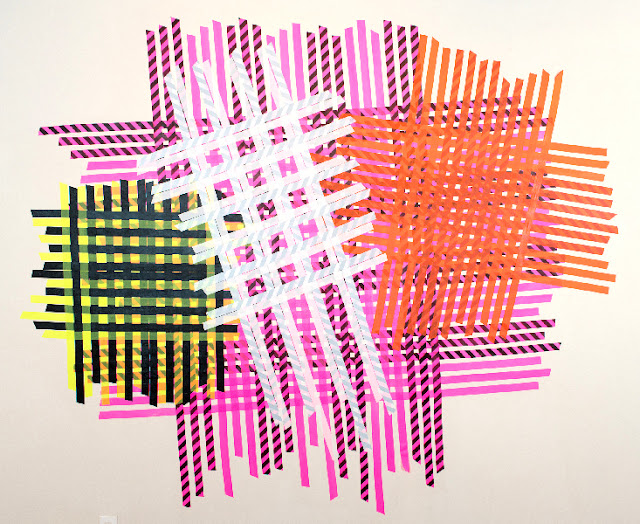 Anders Nilsen is an internationally recognized cartoonist and graphic novelist with work translated into several languages around the world. He is showing original work from his recently completed coloring book, A Walk in Eden (Drawn + Quarterly, 2016)(available in November). Also on view are a diagrammed vacant lot drawing from his time living in West Logan Square, originally drawn for an Italian newsmagazine, and a few small pieces from another book God and the Devil at War in the Garden. 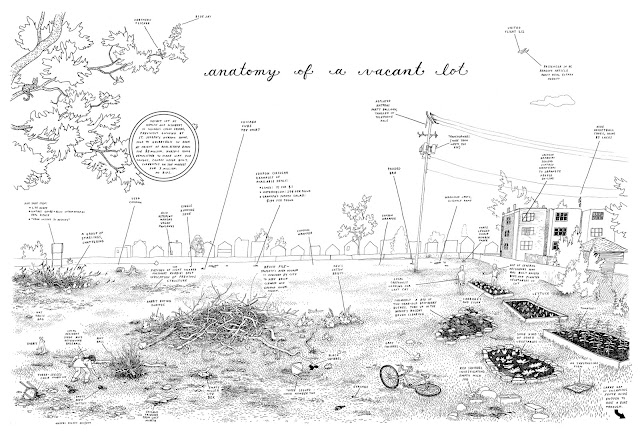 Marianne Fairbanks is co-founder of the experimental cultural space, Mess Hall, and of Noon Solar, a small business that made wearable solar technology to charge portable electronics. She also worked collaboratively in an art group titled JAM. Currently she is an Assistant Professor in Design Studies at the University of Wisconsin Madison where her research includes creating new work for exhibitions and collaborating with a chemist to create a photovoltaic textile -- a cloth to collect solar power. Fairbanks is presenting new work that uncovers the visual affinities between the disparate arenas of domestic weaving practices and the abstracted geometries of Minimalism. Her work acknowledges structures and effects embedded in the intersections of threads that, because of their small scale, often go unseen and unconsidered. By inflating the scale, she exposes the embedded layers of labor and sophisticated math-based systems at work. In the bold, material-based explorations on view, the simple over-under rules of weaving reveal complex patterns and sometimes jarring color relationships. The ‘wall weaving’ installations display the magnified structures in a radical palette of neon plastic that feels electric and loud, while the drawings and jacquard weavings more quietly pose questions of value, labor, and time. 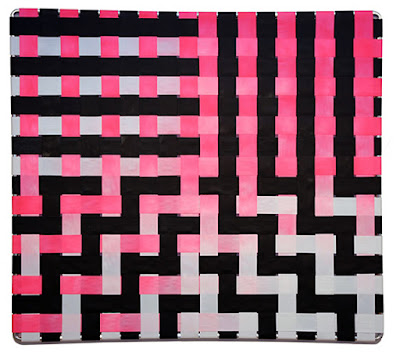 Nilsen and Fairbanks first met in 1999 – the same year Lula first opened its doors –while studying in the graduate program at the School of the Art Institute of Chicago (SAIC) where they had neighboring studios. Nilsen left the School after one year and found work as a cook in Lula’s kitchen. He recommended Fairbanks for a server position not long after. In 2002 the original curator stepped aside and they stepped into the role themselves with a plan to show work that they loved and to play with what showing art in a cafe could mean. The first show they mounted was an immediate departure: they assembled a show not of artwork, but of collections, borrowed from friends and some Lula patrons, including one server’s collection of hundreds of butterfly wings. Over the years they have installed over 50 exhibitions ranging from Haitian Voodoo flags, cellphone street photography, inflatable wall hangings, crumpled paper, painted cyanotypes, a video installation, and one show made up entirely of drawings of car engines. The artists they’ve shown have come from all over Chicago, around the midwest, and as far away as Finland, Italy and Hong-Kong.
Posted by Anders Brekhus Nilsen at 10:07 AM 1 comment: