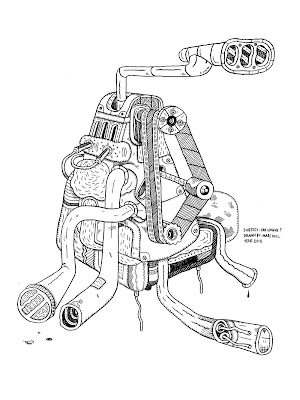 The Summer show has two parts. The first is made up entirely of drawings of car engines. I draw comics for a living, and so I occasionally attend small press comics expos. There's a funny phenomenon that happens at these things. Fans go around to different artists at the show with blank sketchbooks and ask for drawings of a favorite subject. Batman, say, or Bart Simpson. It occured to me that it might be interesting to ask people to draw something that was sort of impossible, something no one really knows how to draw, but that might lend itself to interesting interpretation. So I asked a bunch of people to do drawings of a car engine. Amazingly 23 people contributed work. Following are some installation shots of the show and then a few individual pieces. 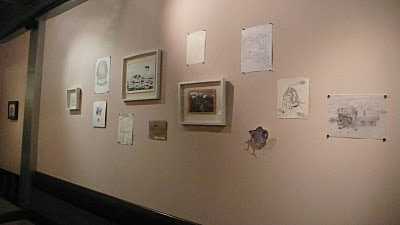 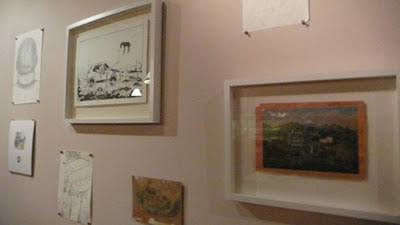 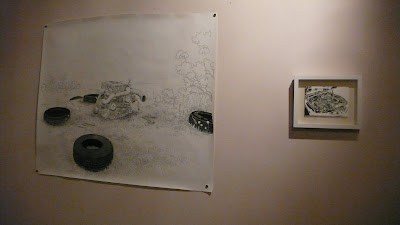 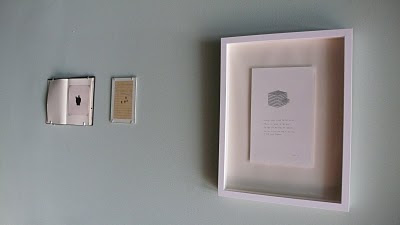 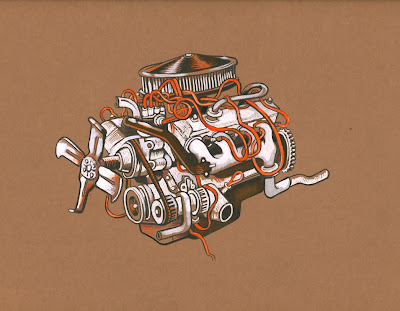 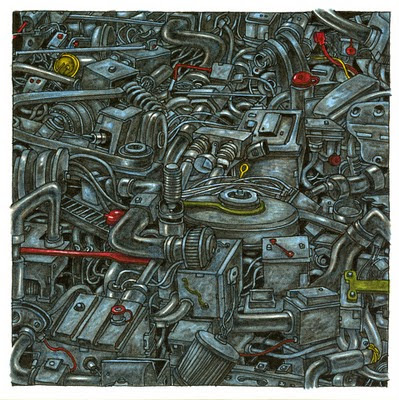 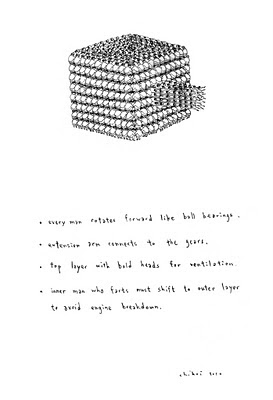 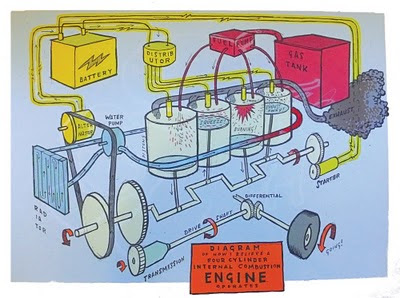 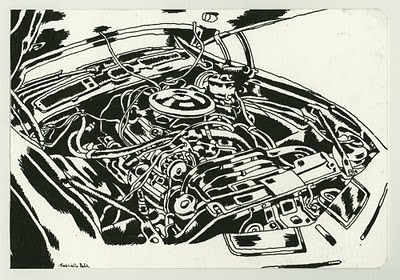 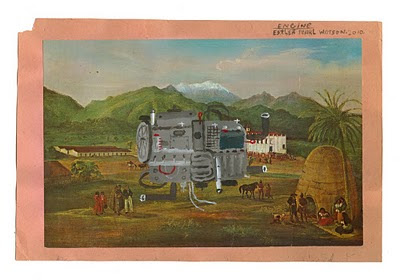 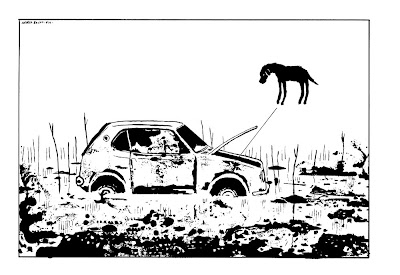 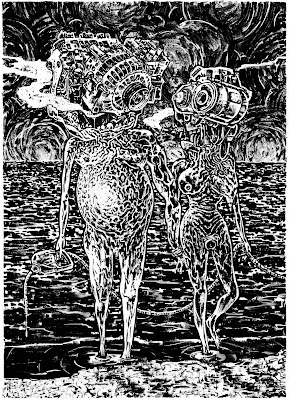 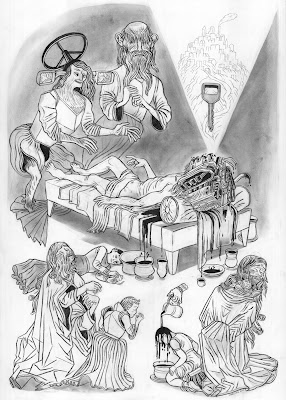 So, it's been a rainy summer in Chicago. Two trees on my street have been blown down over the last month or so, and the strange colors of the sky and the lightning shows have been frequent topics of conversation this year. Last weekend it rained and stormed for a solid eight or nine hours, all night long, very unusual for Chicago, who's storms generally come and go fairly quickly. And the basement of Lula flooded. Like, 3 1/2 feet, with freezers picked up and dumped out, computers and files and wine bottles floating around in an apocalyptic mess. Among the casualties were a number of pieces of art--from past shows and a few pieces waiting to be hung for the opening reception. Of these, most have proved more or less salvageable, a number have spent several days pressed between layers of newsprint and under stacks of heavy art books in my living room, and early indications are that they might make it. But two pieces in particular, by Marijpol and Tommi Musturi (shown above) having been stored in rolls which collapsed, were torn in places in addition to being swamped. Prints by Jay Ryan and Jordan Crane were also affected. My intention is to hold a silent auction at the opening, or perhaps online to benefit Marijpol and Tommi, possibly for a private commissioned drawing from them or something. More on that as details are ironed out in the next few days.

There is also a concurrent exhibition of small pencil drawings at Lula right now, by Amanda Vahamaki and Michelangelo Setola. More on that show, including images, also soon...
Posted by Anders Brekhus Nilsen at 10:13 AM 39 comments: